Economic lung of the world, The China’ seas are also the theatre of territorial claims which generate tensions. People’s Republic of China is the main protagonist

Indeed, Communist China is constrained in it maritime accesses, because none of the surrounding islands is under its sovereignty. In addition, its trade flows must pass through compulsory crossing points, that it does not control too. It is a real national security issue for China, which described it as the « Straits’ Dilemma ». Therefore, China has an urgent need to free itself from this straitjacket that is gripping it. In 1992, four years before joining the United Nations Convention on the Law of the Sea (UNCLOS), Mainland China promulgated a law on « the territorial sea and the contiguous zone ». That law granted to China sovereignty over 2/3 of the China’ seas. Based on the « Line of nine or ten dashes »’s theory, that law is in contradiction with the UNCLOS; Purely and simply, Beijing is appropriating almost all of the China’ seas.

This maritime posture represents a major economic and geopolitical paradigm shift for China. Usually, it is more oriented towards its western flank

Therefore, to remove its own constraints, China is embarking on a policy of reclaiming the reefs and the islets of the China’ seas to resolve the « Malacca Dilemma » and to break down the Taiwanese lock. Especially for the latter, the central question is no longer whether, but rather when China will invade it. Its Navy, now larger in tonnage than the US Navy, is formatted for this priority mission. In addition, Beijing is considering making this region a bastion for its strategic oceanic fleet.

A political reengagement of Europeans is necessary

The aggressive policies the People’s Republic of China is pursuing in the China’ seas is a major challenge for the West, for the world. Are they ready to fight for some island reef? Certainly not. But if it comes to the security of critical trade routes, it certainly does. The China’ seas are a strategic area for the international community and for Europe, which has various interests to defend there. Thus, in April 2021, the European Union set out the outlines of what will be its strategy for the Indo-Pacific Region, as an extension of the official work of some of its members (Franc, Germany, the Netherlands) and unofficial of others (Denmark, United Kingdom before Brexit). However, this UE strategy only indirectly refers to the China’ seas, which are one of the hottest spots on the world and above all, the backbone of the mega maritime region that’s Indo-Pacific.

Also, in order to refocus port of the debate around the China’ seas, the Thomas More Institute is proposing a European action in four stages:

Creating a community of democratic values, involving Taiwan in it;

Restoring the logic of hard core, placing France at the heart of the Union’s Indo-Pacific/China’ Seas strategy;

This pivot to the Indo-Pacific Region marks the EU’s will to re-engage politically in this region and to truly become a global political actor. The China’ Seas could become a laboratory for developing a real policy within the framework of the EU’s Common Foreign and Security Policy (CFSP). 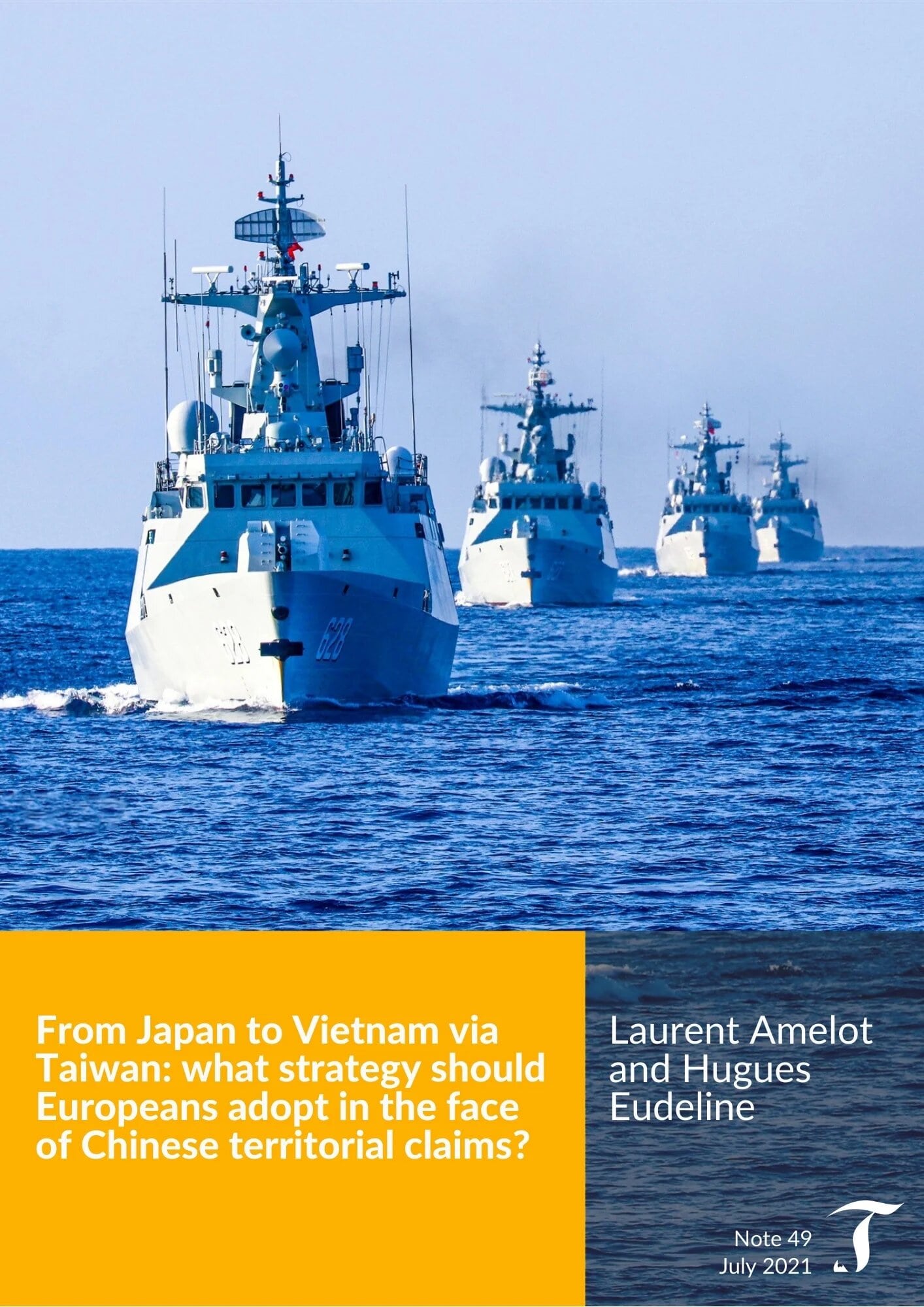